The launch of Paramount Plus arrives with a strong emphasis on television, with the new service combining the archives of CBS, Nickelodeon, BET, MTV, Comedy Central, and Smithsonian Channel. But the service is also built on the foundation of Paramount Pictures, a Hollywood mainstay. Unlike a Netflix or an Amazon, Paramount Plus won’t have to rely as much on licensing great movies to fill out the service — the studio’s been making them since 1912.

But what good movies are on Paramount Plus at launch? Like everything in the streaming wars, it’s never as easy as “every film Paramount has ever made.” Users get the studio’s franchise staples like Indiana Jones and Mission: Impossible, but anyone expecting the gluttony of classics from the Paramount vault might be surprised to find only a handful of John Wayne pictures among the pre-1970s offerings. Still, bolstered by its own collection, along with films licensed from the Miramax library, Paramount Plus has some strong choices for anyone looking for a world beyond Netflix Originals. Here are a few of the best things you can watch right now on the service: 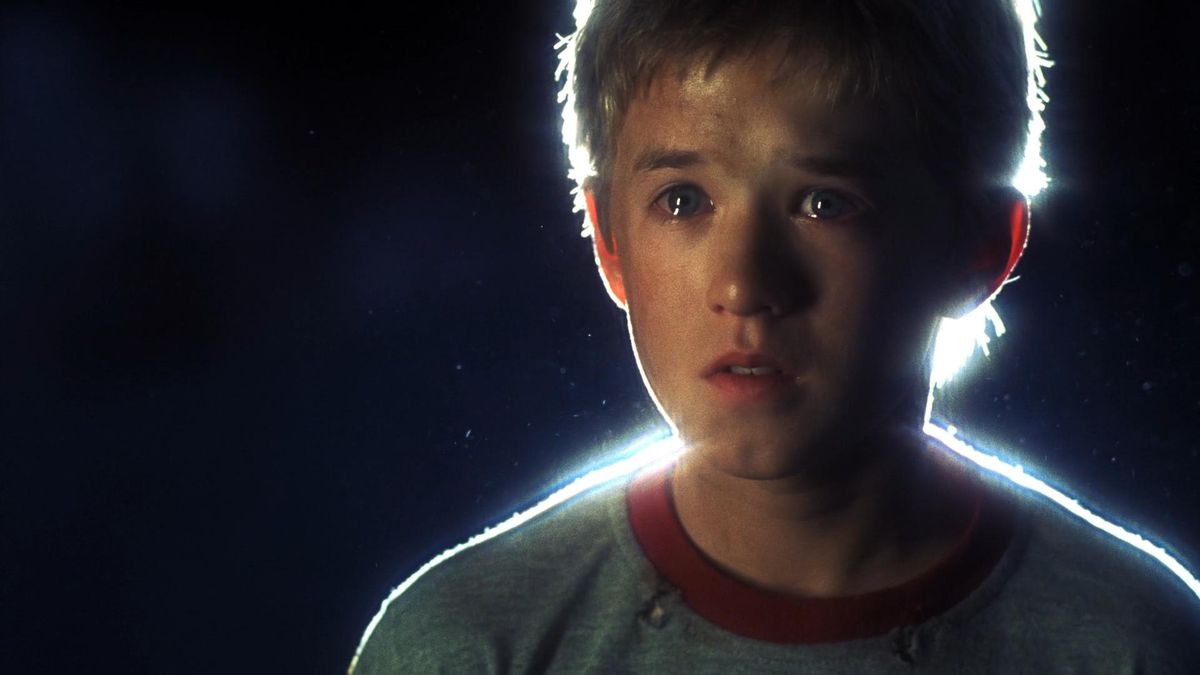 While sci-fi drama AI Artificial Intelligence was received with a split reception when it was released in 2000, the dark sci-fi story has become one of Steven Spielberg’s most appreciated films of the 21st century. Based on the late Stanley Kubrick’s incomplete production of Brian Aldiss’ 1969 short story “Supertoys Last All Summer Long,” AI is a speculative fiction spin on Carlo Collodi’s classic children’s story The Adventures of Pinocchio, set in a future world populated by synthetic humanoid robots and wracked by the devastating consequences of global climate change. The story of David, played by The Sixth Sense’s Haley Joel Osment, and his quest to become a “real” boy is a stirring modern fable of what it means to be alive versus what it means to be human. —Toussaint Egan

One of Paramount Plus’ biggest gets isn’t the studio’s own vault, but the back catalogue of Miramax, the premiere indie and foreign film distributor of the 2000s. The studio’s film Baran is a touching story of young love and hardship, following Lateef, a young Iranian boy who loses a servant job to the “son” of a construction worker and is sent to work, illegally, hauling cement at the site. But the boy who replaced him, the target of all of Lateef’s ire, is actually a young girl, and one who he’ll fight to protect as the status quo is continuously upended. Shot with a neorealist eye and careful to avoid melodrama, Baran, which Miramax released in 2002, played a small-but-pivotal in humanizing the Iranian people and Afghan refugees after the tragic events of September 11. The film works just as well 20 years later. —Matt Patches 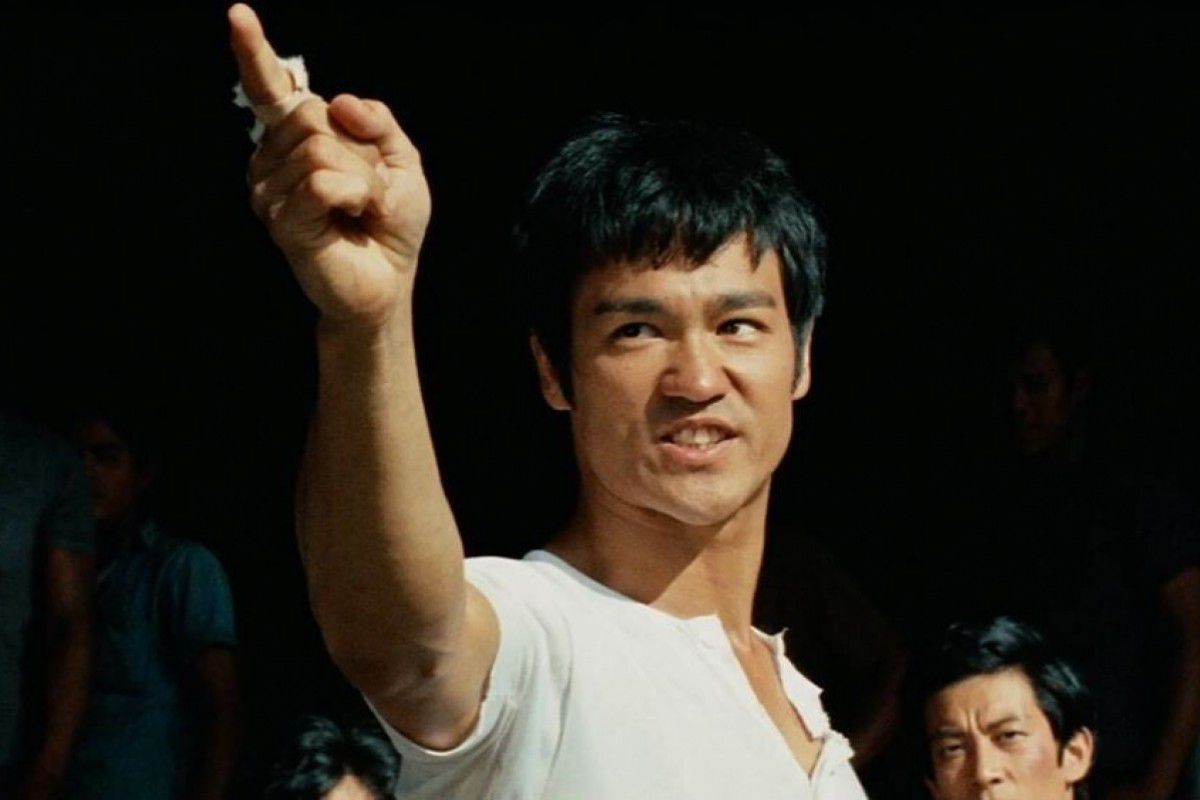 The Big Boss is a fun watch. Bruce Lee had a lot of ideas about how action filmmaking should be done correctly, and this movie was made before he was important enough for people to listen to him. It’s a chance to see Bruce do things he’d never do again. Punching a guy through a wall, leaving a man-shaped hole, flying through the air in cartoonish trampoline leaps, and plunging his fingers into an opponent’s chest, Mola Ram style. Paramount Plus has a few Bruce Lee movies thanks to the Miramax deal, but this is the one to check out. —Patrick Gill Fans of Taika Waititi’s Marvel output will want to dive back into his filmography and discover this indie rom-com, which stars Jemaine Clement and Loren Horsley as Jarrod and Lily, a geeky pair who fall head over heels … then keep falling. Unfairly maligned for its quirky sensibilities in the wake of Napoleon Dynamite, Eagle vs. Shark has that intangible weirdo sensibility that’s come to define everything from They Might Be Giants to the corners of Tumblr, and Clement and Horsley are more than ready to play the game. They’re awkward, colorful, and riddled with their own anxieties. Jarrod’s family is somehow even deeper in their own bubble. By seeing them all as people, Waititi crafts a thoughtful comedy about the voices in our heads through the experiences of characters that almost always say and express what they’re feeling. —MP 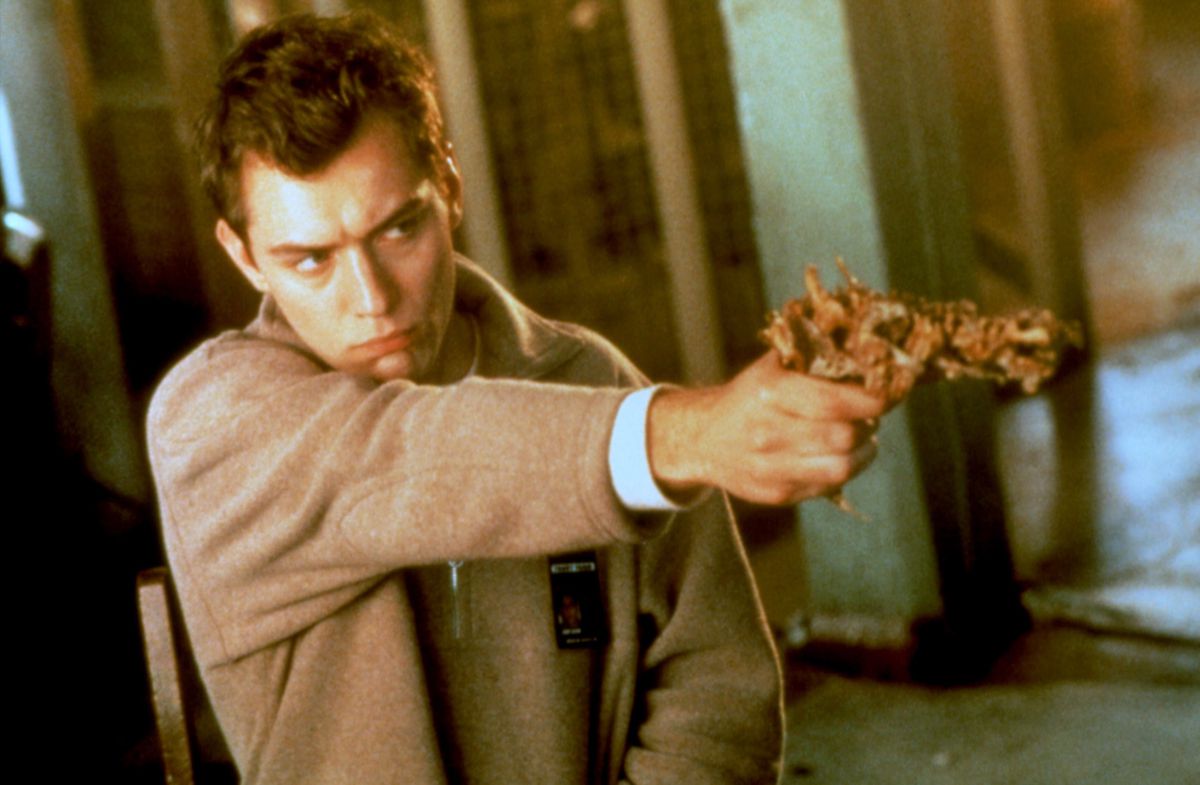 David Cronenberg’s 1999 sci-fi horror thriller about virtual-reality video games is as perfect a capstone to the director’s decade-spanning run of body-horror classics as possible. Running with the torch from films like 1981’s Scanners and 1983’s Videodrome, EXistenZ follows Allegra Geller (Jennifer Jason Leigh), a game designer who must enter her creation, the simulated world of “EXistenZ” contained in a bio-technological fetus-like apparatus known as a “game pod,” in an attempt to repair it following a failed attempt on her life. Lost in the psychological strata of her own invention, Allegra must rely on the help of Ted Pikul (Jude Law), a marketing trainee who has a new game pod installed inside himself. The line between what is real and what is the game blurs as grotesque horrors and reality-distorting feints in an elaborate game of subterfuge coalesce into a disturbing odyssey of radical stakes and proportion. —TE

If you’ve heard of but never seen Infernal Affairs, Andrew Lau and Alan Mak’s 2002 Hong Kong crime drama starring Andy Lau and Tony Leung, you’re more than likely to recognize it as the basis for Martin Scorsese’s 2006 Oscar-winning crime thriller The Departed. Lau and Leung play undercover police Inspector Lau Kin-ming and undercover Triad member Chan Wing-yan, locked in an elaborate cat-and-mouse game vying to complete their respective missions while retaining their own sense of identity in the process. Lines are crossed and blurred as the concepts of right and wrong, lawful or unlawful explode into the film’s iconic climactic showdown. —TE

Before there was Mark Wahlberg, there was Michael Caine. Set to a smooth-operating score by none other than Quincy Jones, this British caper has all the swagger of Ocean’s 11, plus car chases. Yes, the remake you probably knew better lifted all the Mini Cooper action director Peter Collinson’s original. But this movie has Caine in his prime: studly, dangerous, and open to a good B-movie turn. —MP 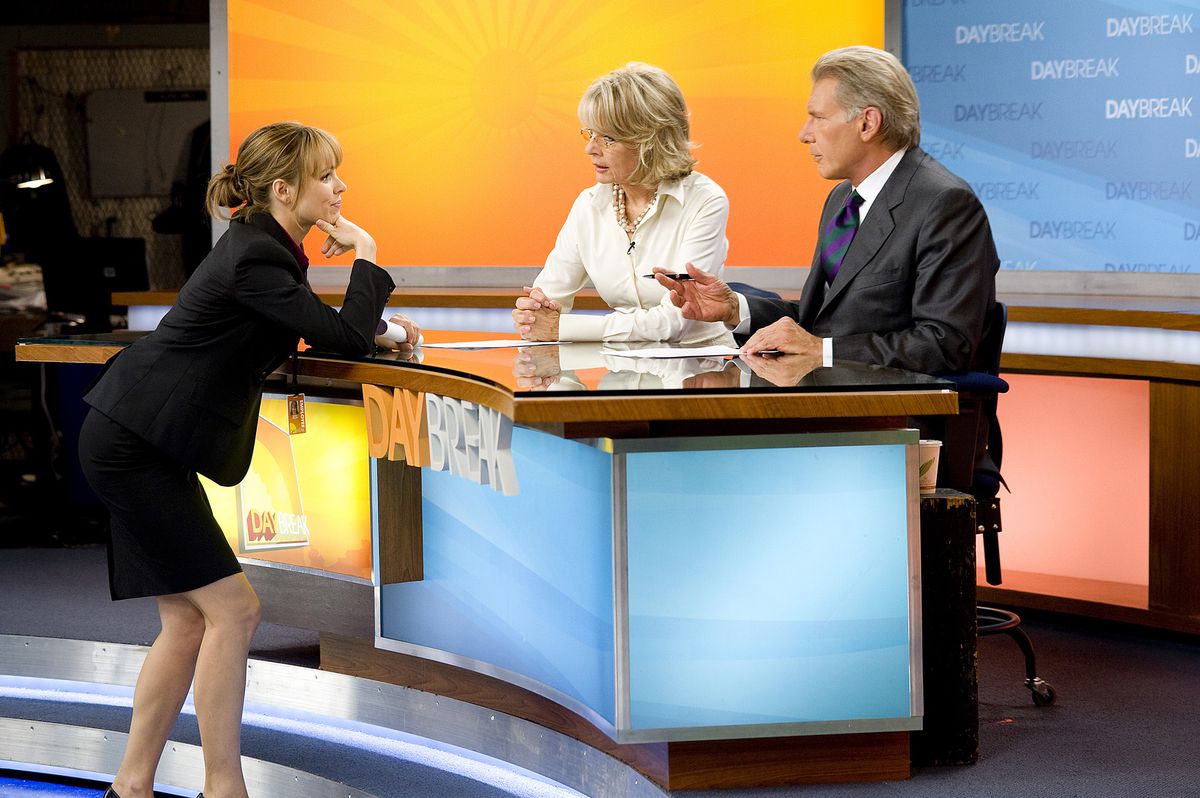 Written by The Devil Wears Prada and Crazy Ex-Girlfriend co-creator Aline Brosh McKenna and produced by J.J. Abrams, this old-fashioned romantic comedy stars Rachel McAdams as Becky, a wannabe producer whose hustle to land the Today show keeps her perpetually too busy to date. She settles for the struggling morning news gabfest DayBreak, just as ratings begin to plummet. Her plan: Match the spiraling host Colleen (Diane Keaton) with a veteran news man (Harrison Ford) and hope they don’t strangle each other on screen. Maybe she’ll find love along the way — you know how these things go! Morning Glory is the best case scenario of a formula, McKenna breathing dimension and quirk into the characters, and director Roger Michell wisely throwing Natasha Bedingfield’s “Strip Me’ on the soundtrack. Banger. —MP 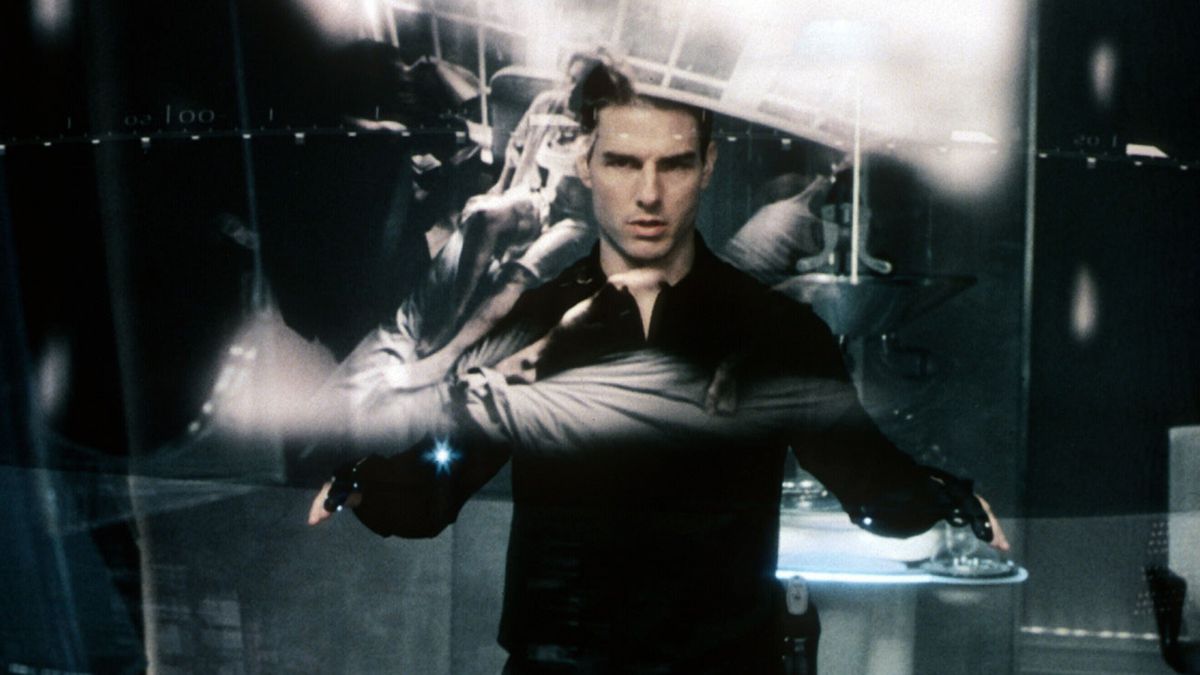 Spielberg spent a lot of time making movies for Paramount, so we have to recommend a second. His adaptation of Philip K. Dick’s short story introduced audiences to the idea of hand gesture-assisted augmented reality and wall-scaling automobiles. Minority Report stars Tom Cruise as PreCrime Cpt. John Anderton, leader of a police organization dedicated to apprehending criminals before they’ve even committed a crime using a trio of psychics who invasively pore over the unconscious minds of every hapless American in the future. When Anderton himself is preemptively accused of committing a murder, he must flee from the very system he had dedicated his life to uphold and undercover the dark secret behind its origins. —TE 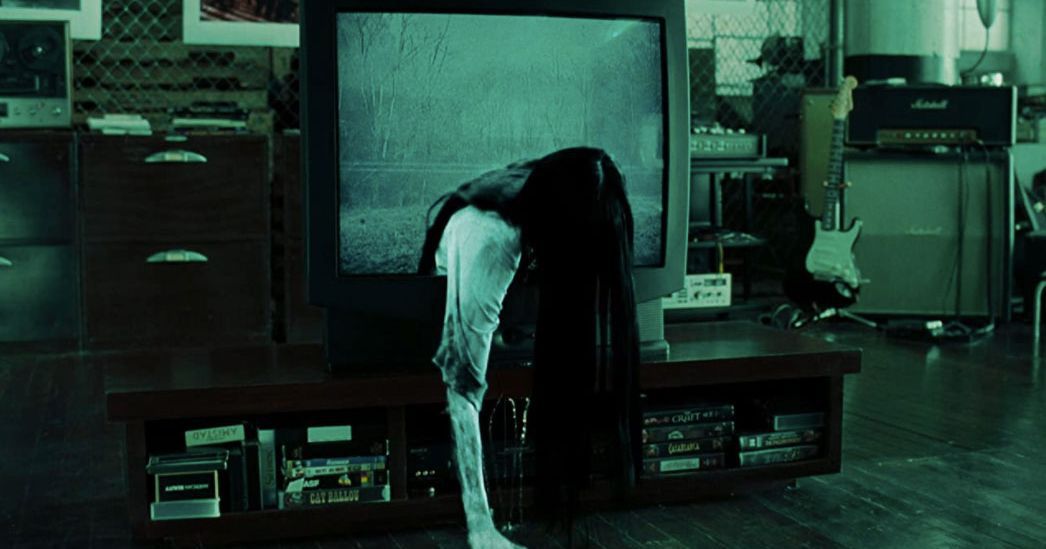 Gore Verbinski’s American remake of Hideo Nakata 1998 supernatural horror classic The Ring was a runaway pop culture phenomenon when it first released in 2002, introducing Western audiences to the wonderful world of J-horror cinema and going on to be parodied in everything from Scary Movie 3 to Family Guy. Naomi Watts stars as Rachel Keller, a journalist who goes undercover to uncover the strange connection between the unexplainable deaths of her niece and three friends and a mysterious videotape they watched one week prior. But when Rachel views the tape herself, she finds herself caught in a race against time to solve the mystery and put to rest the vengeful spirit now fixated on claiming the lives of her and all else who watch it. —TE 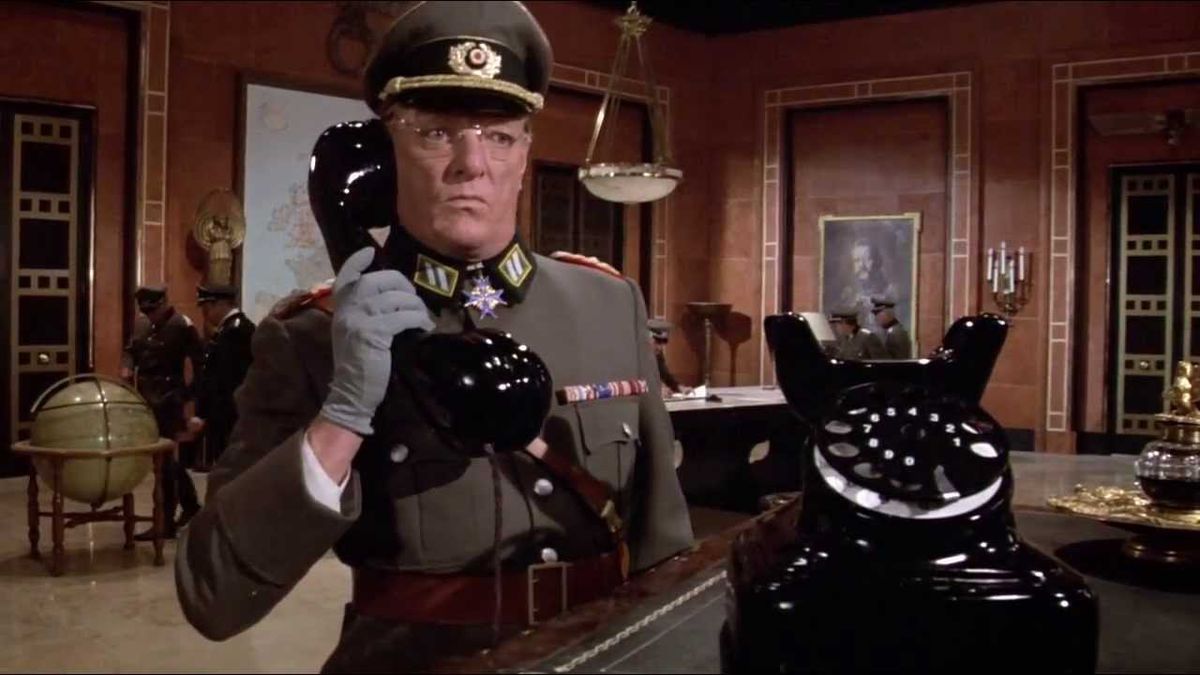 If you’ve seen Airplane! a million times, immediately turn your attention to Top Secret!, an often overlooked gem from cohorts David Zucker, Jim Abrahams, and Jerry Zucker. Part Elvis musical, part Cold War spy thriller and 1000% dumb, the ZAZ script gifts Val Kilmer an action comedy emboldened by the production value — war-torn set pieces and a score by Lawrence of Arabia composer Maurice Jarre go a long way to sell a gag. The movie includes everything from a Western-style bar brawl staged underwater to a scene performed entirely backward then replayed in forward-motion. Why? Laughs. So many laughs. —MP